NASA's Double Asteroid Redirection Test (DART) has captured and transmitted the first image of its surroundings. The image depicts a dozen stars, crystal-clear and sharp against the black backdrop of space, near the intersection of the constellations Perseus, Aries, and Taurus. 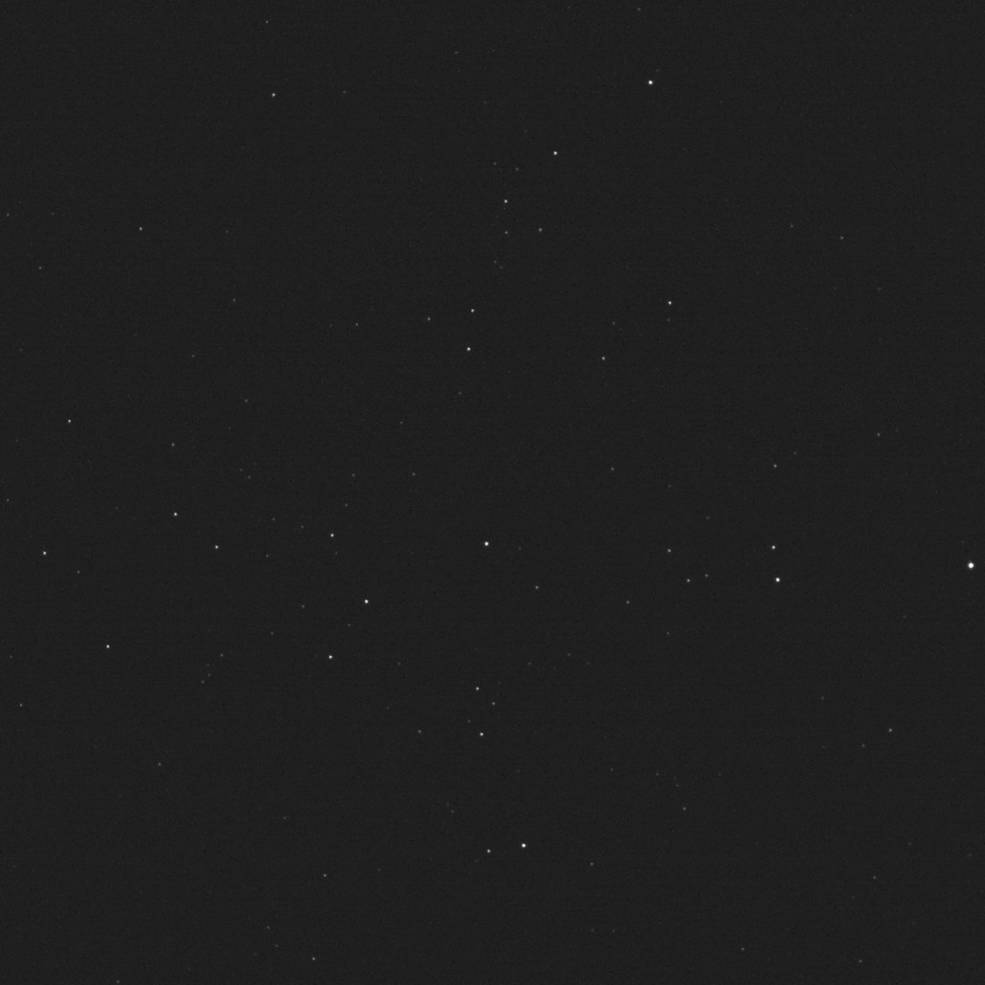 (Photo : NASA/Johns Hopkins APL) DART’s DRACO camera captured and returned this image of the stars in Messier 38, or the Starfish Cluster, which lies some 4,200 light years away.

This marks an important operational milestone for the spacecraft and the DART team.

It's been a month since the DART mission embarked on its route to the Didymos and Dimorphos binary asteroid system.

DRACO is a high-resolution camera designed to capture images of Didymos and its moonlet asteroid Dimorphos, as well as to assist the spacecraft's autonomous guidance system in directing DART to its final kinetic impact.

The DART navigation team identified the precise orientation of DRACO using stars in the image, providing the first measurements of how the camera is positioned relative to the spacecraft. With those data, the DART team was able to precisely shift the spacecraft to point DRACO at objects of interest, such as Messier 38 (M38), also known as the Starfish Cluster, which DART captured in another image on Dec. 10.

Scientists and engineers at the mission operations center at the Johns Hopkins Applied Physics Laboratory in Laurel, Maryland, held their breath in anticipation before the images were sent back, according to NASA. This is because the spacecraft's telescopic instrument is extremely sensitive to movements as small as 5 millionths of a meter, meaning something could have easily gone wrong.

Fortunately, nothing happened, and the researchers were able to enjoy a nice Christmas present: a collection of DART photographs.

DRACO will capture photographs along the way to help the DART team better understand any optical flaws and calibrate brightness as DART continues its journey to its final destination. All of this information is useful in advance of the final batch of photos, which will be captured in around nine months.

Whether or not DART's impact changes the Dimorphos' orbital trajectory, the collision would show that a spacecraft can navigate to and kinetically crash with a target asteroid independently. Hopefully, a real-life mission like this won't be required anytime soon.