North Korea continues to insist that it is completely free of coronavirus. The World Health Organization’s representative to the country said that 709 people had been tested with no confirmed cases as of April 2.

Observers are naturally sceptical, particularly given the 10,000 cases and 200 deaths from COVID-19, the disease linked to the new coronavirus, in neighbouring South Korea.

North Korea has taken some of the most draconian measures since the virus was first reported in January. It was among the first countries to seal its borders in February. It automatically quarantined all foreign diplomats in Pyongyang for one month and controlled the movement of its population. Compared to North Korea’s response to SARS in 2003 and Ebola in 2014, it’s clear that the leadership in the Democratic People’s Republic of Korea (DPRK) is now being much more assertive – and this may have helped.

However, officials in North Korea have begun to ask for humanitarian assistance. To benefit, North Korea must navigate a range of sanctions. Aid organisations have had to secure emergency exemptions from the UN to allow specific shipments of aid to arrive in recent weeks. However, getting the shipments in also proves difficult because of strict border controls.

It’s still unclear whether the closure of the North Korean border has also stopped the state-sanctioned smuggling across the country’s border with China that the government uses to bypass certain sanctions.

If the border is now closed to these smuggling routes, then this is an opportunity to understand the full brunt of the sanctions. But if the smuggling continues, then the chances of COVID-19 spreading into North Korea are greatly increased.

The DPRK’s official stance is that North Korea is clear of infection. This, however, is beginning to look unlikely.

In early March, South Korea’s Daily NK news reported that as many as 200 North Korean soldiers had died from COVID-19 with a further 4,000 in quarantine.

While reporting of the coronavirus is controlled in North Korea, information on the global pandemic is not being suppressed in the country. However, there are no specific public discussions taking place on whether there is an outbreak in North Korea.

The Rodung Shimun, the official newspaper of the Central Committee of the Workers’ Party of Korea has reported on the country’s readiness to tackle COVID-19. On April 1, as well as an article that outlined the increase in reported cases in South Korea, it also reported that nurses are beloved and respected by the North Korean people. The cogs of the propaganda machine are beginning to turn.

Meanwhile, Chongnyon Jonwi, a daily paper in North Korea, has focused primarily on recent missile testing. The only reference given to any health issues was the construction of the Pyongyang General Hospital. Another paper, the Minju Choson, didn’t report on coronavirus directly either. It did discuss the construction of the hospital, but also referenced efforts by the Supreme People’s Assembly to improve general infectious disease prevention – without mentioning COVID-19 specifically. 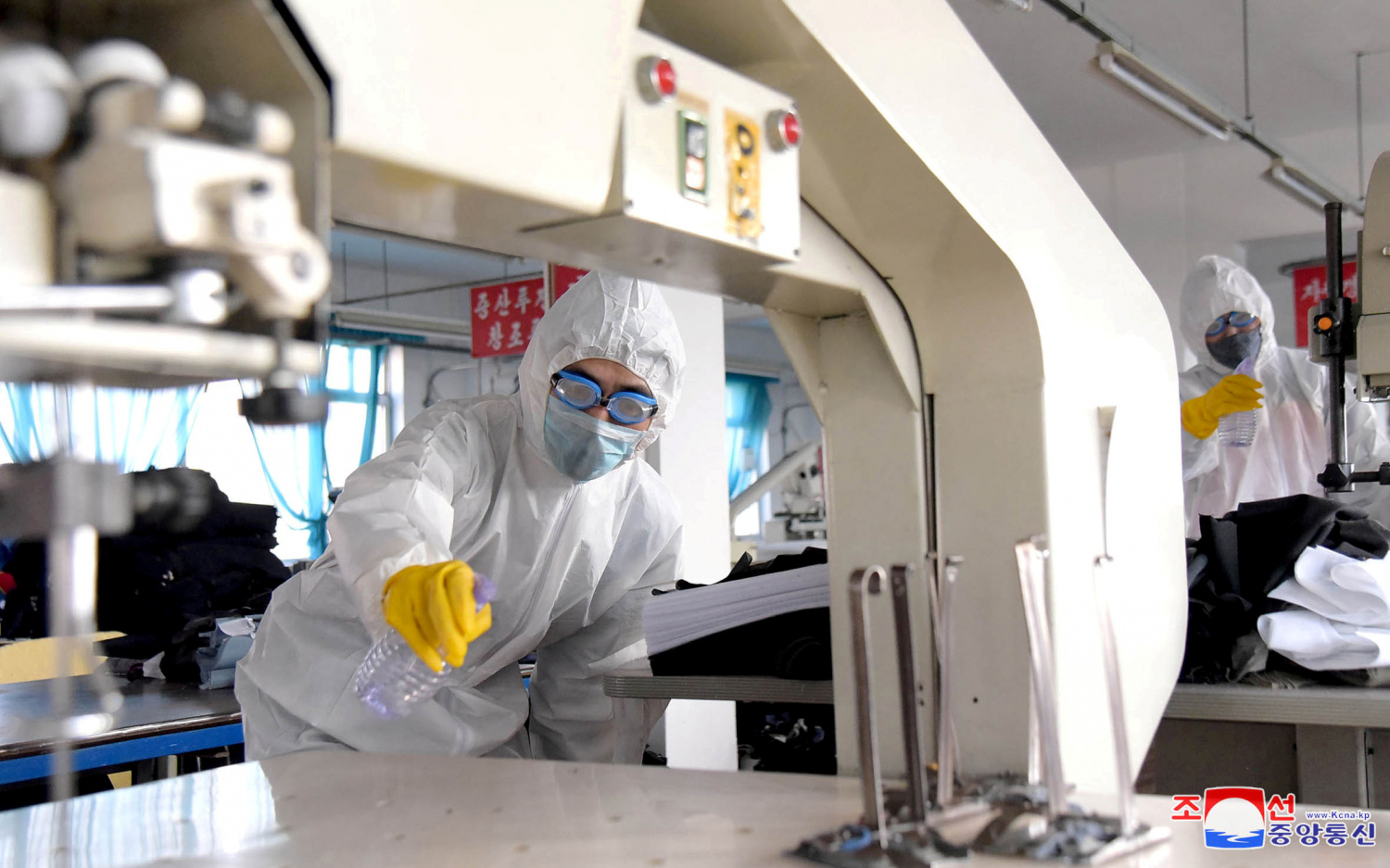 North Korea’s secretive response to coronavirus is no surprise, given its long history of isolationism, which reinforces the North Korean ideological concept of Juche, or self reliance.

However, the country’s leadership has not suggested that it won’t have any cases, but is focusing instead on its preparedness and the proactive measures being taken.

It’s possible that pride may be a factor in concealing an outbreak. The new round of missile testing in March could be seen as a strategic diversion technique. North Korea faces significant public health challenges, with aid workers clear that the past few decades have seen an increase in malnutrition.

Emphasis on the construction of the hospital – due to be finished by October in time for the 75th anniversary of the Worker’s Party of Korea – is a key part of the government’s domestic information strategy. But to complete the hospital ahead of schedule would require the work of thousands of North Koreans living, working and eating side by side. This would leave no space for social distancing in the country’s efforts to prevent an epidemic.

But then controlling the spread of information – and avoiding any panic – is a central part of how the regime’s leader, Kim Jong-un, holds onto power.

This article is republished from The Conversation under a Creative Commons license. Read the original article.