While other data on Tuesday showed production at factories accelerating last month, output remained well below its pre-pandemic level and the uncontrolled coronavirus outbreak could disrupt production. The public health crisis and frail economy are major challenges confronting President-elect Joe Biden when he takes over from President Donald Trump in January.

Biden on Monday urged a divided Congress to come together and pass another pandemic relief package.

That is unlikely to happen before he is sworn in on Jan. 20, putting pressure on the Federal Reserve to pump more money into the economy, which plunged into recession in February. Fed Chair Jerome Powell said on Tuesday that the recovery was slowing, adding the economy would continue to need support from both fiscal and monetary policy.

"It looks like consumer spending is increasingly turning into a headwind for this recovery from the worst economic downturn since the Great Depression," said Chris Rupkey, chief economist at MUFG in New York. "Fed officials are saying they might have to do more and today's data may turn that thinking into a reality."

Retail sales rose 0.3% last month, the smallest gain since the recovery started in May, after increasing 1.6% in September, the Commerce Department said. They account for the goods component of consumer spending, with services such as healthcare and hotel accommodation making up the other portion.

Sales were supported by Amazon.com's "Prime Day" event, with online receipts surging 3.1%. "Prime Day" is normally in July and some economists said this could have thrown off the model that the government uses to strip seasonal fluctuations from the data, leading to the modest sales gain.

Consumers bought motor vehicles at a much slower pace than in previous months. There were increases in sales of electronics and appliances, as well as building materials and garden equipment. But households cut back spending on sporting goods and hobbies, clothing, furniture, drinking and dining out.

Economists polled by Reuters had forecast retail sales would gain 0.5% in October. Retail sales rose 5.7% on a year-on-year basis in October and are above their February level, with the pandemic shifting demand away from services to goods.

Stocks on Wall Street were mostly lower. The dollar <.DXY> slipped against a basket of currencies. U.S. Treasury prices rose.

Daily new coronavirus cases have been exceeding 100,000 since early this month, pushing the number of infections in the United States above 11 million, according to a Reuters tally.

While there have been encouraging developments on experimental vaccines, health experts warn that rolling out the vaccines would be challenging. 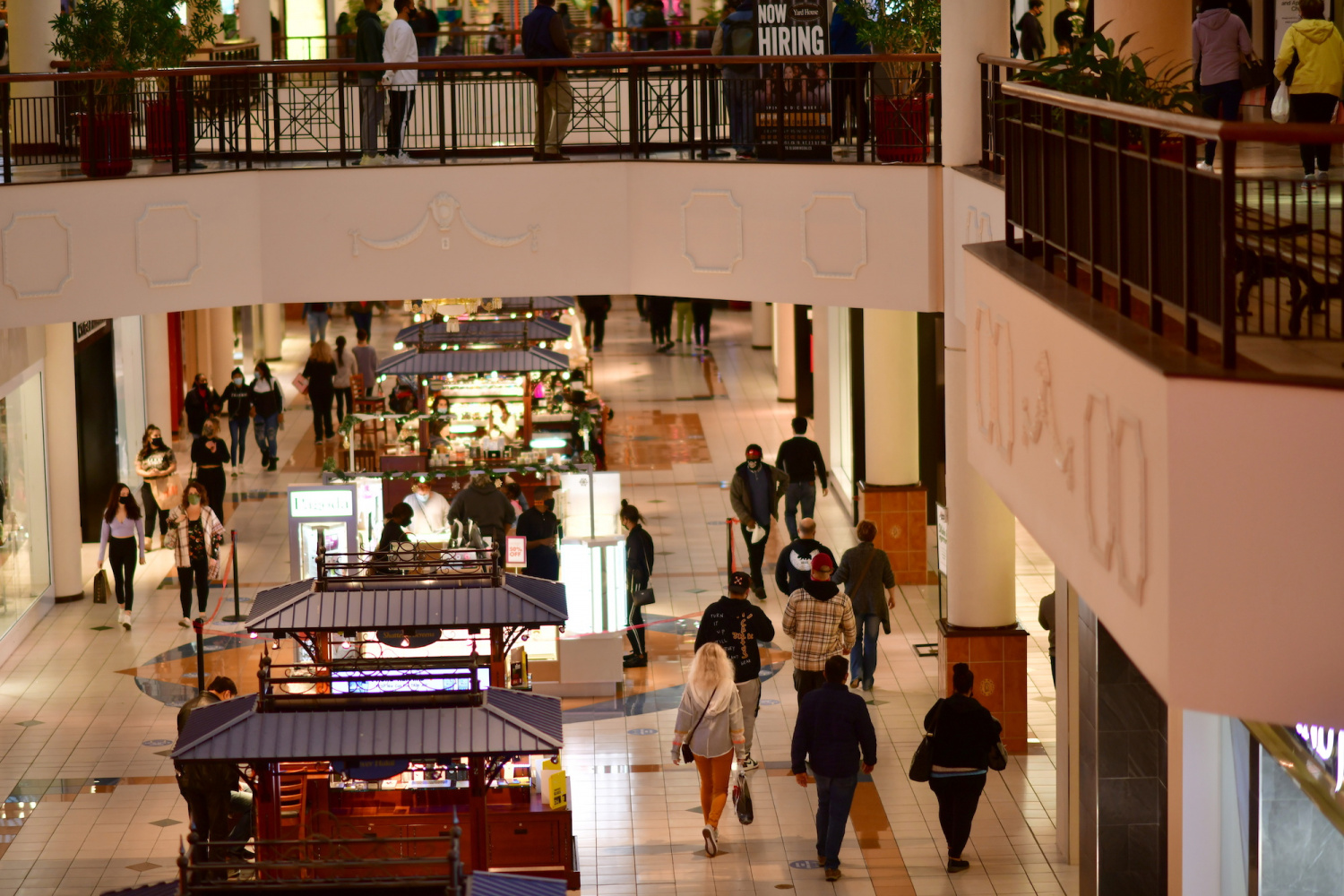 Some state and local governments have imposed new restrictions on businesses.

Restrictions and consumer avoidance of crowded places like bars and restaurants could undercut spending and trigger another wave of layoffs, further squeezing incomes following the loss of a government weekly unemployment subsidy.

The supplement, which was part of more than $3 trillion in government coronavirus relief, has lapsed for millions of unemployed and underemployed workers.

Millions more will lose benefits next month when government-funded programs for the self-employed, gig workers and others who do not qualify for regular state unemployment and those who have exhausted their six months of eligibility expire.

Excluding automobiles, gasoline, building materials and food services, retail sales gained 0.1% after a downwardly revised 0.9% increase in September. These so-called core retail sales correspond most closely with the consumer spending component of gross domestic product. They were previously estimated to have risen 1.4% in September.

Economists expect moderate retail sales growth for the rest of the year, which would contribute to slower economic growth after a historic rebound in gross domestic product in the third quarter. A JPMorgan survey of credit and debit cardholders showed a broad decline in spending through Nov. 9, with big drops in states where COVID-19 is spreading most rapidly.

Consumer sentiment ebbed in early November amid worries about finances.

A separate report from the Fed on Tuesday showed manufacturing output increased 1.0% last month after rising 0.1% in September. Production remains about 5% below its pre-pandemic level. Output was boosted by production of aerospace and miscellaneous transportation equipment, offsetting decreases in furniture, fabricated metal products, motor vehicles and parts.

"Manufacturing can only hold up if households keep buying and they need income to do that," said Joel Naroff, chief economist at Naroff Economics in Holland, Pennsylvania.

Growth estimates for the fourth quarter are below a 5% annualized rate. The economy grew at a 33.1% rate in the July-September quarter after contracting at a 31.4% pace in the second quarter, the deepest since the government started keeping records in 1947.