The greatest sporting spectacle on earth is about to get underway with the 2022 edition of the FIFA World Cup. 32 of the game's finest international teams are descending on Qatar with a view to lifting the most important trophy in football.

As those sides assemble, the most successful nation in the history of the tournament are clear favorites for the win.

The Team to Beat

Brazil head the markets ahead of the tournament as they look to close in on their sixth World Cup title. Coach Tite and his men are ahead of the chasing teams, but they haven't won the competition since 2022.

With a strong and exceptionally talented squad, there are many who feel that this should be Brazil's year. Anyone who wants to monitor their progress can check out the SBO.net website where the best world cup betting markets will be in place across the tournament.

Additional information is provided to help the betting community, including breaking news stories, general blog posts and comprehensive reviews of each sportsbook. If any of those betting operators appear attractive, it's also possible to get directly involved.

All bookmakers linked to the SBO site will be willing to accept new players. Registration is quick and secure and there will often be a generous welcome package waiting on the other side. Once the process is complete, a range of funding options can help with deposits and withdrawals.

Customer services are on hand while players will also find further benefits. Those who play for a longer period of time can usually look forward to extra promotions, mobile betting and the potential for live streaming top class sport.

It's a one stop shop for all forms of football betting, but are Brazil worthy favourites ahead of the 2022 World Cup? 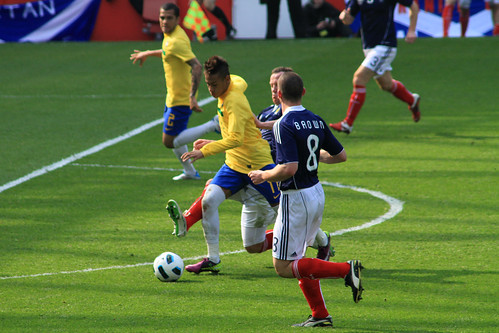 France are the defending champions and the team most likely to upset the Brazilians in Qatar. Led by their captain Hugo Lloris, the French squad contains many of those players who beat Croatia 4-2 in the final of Russia 2018.

England also look well placed to make a challenge. Under head coach Gareth Southgate, the team reached the semifinals four years ago. Subsequently, England narrowly lost out on penalties at the final of Euro 2020.

Based on a theory of natural progression, it might be reasonable to assume that England could go one better in 2022 and win a major tournament.

Along with Argentina, Germany, Spain, Portugal and Belgium will also be confident of going deep into this competition. It could be tougher for Brazil than those betting markets suggest, but who are the players best equipped to take them to glory?

If Brazil are to win the trophy, much will depend on the form of star striker Neymar. He is the leading scorer among the current squad and looks set to break Pele's all-time national record during the 2022 World Cup.

Neymar will provide the firepower while Gabriel Jesus, Antony and Richarlison will also offer an attacking threat. Tottenham Hotspur forward Richarlison seemed to be in danger of missing the World Cup due to injury. Recent reports, however, suggest that he's likely to be fit in time for the start of the tournament.

At the other end of the pitch, Brazilian teams of the past haven't always been known for their effective goalkeeping. This has traditionally been a weak area but not anymore. With Liverpool's Alisson the number one choice ahead of Ederson of Manchester City, Coach Tite now has two world class stoppers to choose from.

Ahead of the goalkeeper, there is an experienced defence, led by the captain Thiago Silva. The Chelsea man has now passed 100 senior caps while further experience stands alongside him in the shape of Paris Saint-Germain's Marquinhos.

In midfield, the majority of players are employed in the English Premier League. The fact that they are involved in what many consider to be the greatest division of domestic football is a testament to their quality.

Overall, this is a seriously talented squad and one that has a perfect chance of ending a 20-year trophy drought. There will be challenges along the way, but Brazil appears to be the team to beat at the 2022 World Cup.