A spike in euro zone inflation to above the European Central Bank's target is a temporary "hump", the ECB says - dusting off a metaphor used a decade ago by its then-president Jean-Claude Trichet.

In 2011, the ECB hiked interest rates twice in four months, with Trichet yielding to German pressure despite believing that a commodity-fuelled rise in prices would prove short-lived. That is now acknowledged even by the ECB itself as a policy mistake that exacerbated the euro zone's debt crisis.

Having learned the hard way, current ECB policymakers say they will not tighten monetary policy until inflation is stably at the bank's 2% target, which they don't expect to happen for more than two years.

"The inflation outlook remains characterised by a hump in 2021 followed by more moderate rates in 2022 and 2023," the ECB said last week, blaming recent price rises on more expensive raw materials and supply bottlenecks arising from the pandemic.

Tuesday's August U.S. inflation reading, the slowest in six months, may lend weight to the idea that recent price pressures are temporary.

But the ECB will be on the lookout for any sign that the surge in inflation is morphing into something more durable, particularly if consumers and companies stung by higher prices adjust their expectations accordingly.

Here is why ECB policymakers are sticking to the "hump" narrative and which indicators they are monitoring:

WHAT'S THE HUMP MADE OF?

Euro zone inflation surged to a 10-year high of 3% in August. The increase was fuelled by energy costs, but the price of industrial goods and food rose too.

This is because the COVID-19 pandemic has strained global logistics due to sanitary restrictions and labour shortages, driving freight prices to record highs and making imports more expensive.

It has also exacerbated a jump in the price of some cereals due to poor harvests. 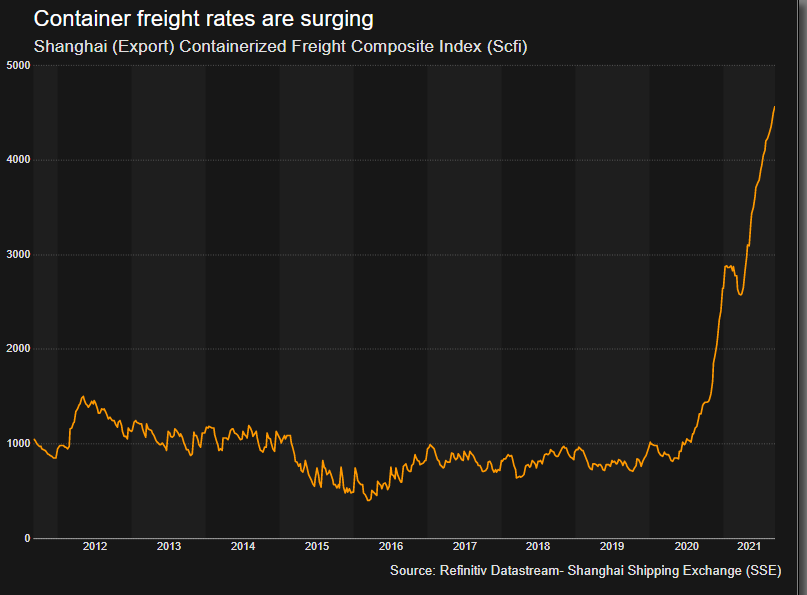 IS THIS GOING TO GO AWAY?

Central banks across the 19 countries that use the euro think price growth will slow once these imbalances between demand and supply ease.

They believe the rise is partly explained by "base effects", with prices having been abnormally low a year ago as the pandemic closed businesses and kept people at home. They also cite a cut in German value-added tax that was part of the government's COVID-19 support package.

The euro zone's high level of structural unemployment and ageing population meanwhile act as a cap on its long-term growth and inflation prospects.

Core inflation, which excludes energy and food prices and is seen as a better indication of the underlying trend, came in at 1.6% in August and is expected to average between 1.3% and 1.5% for the next two years. 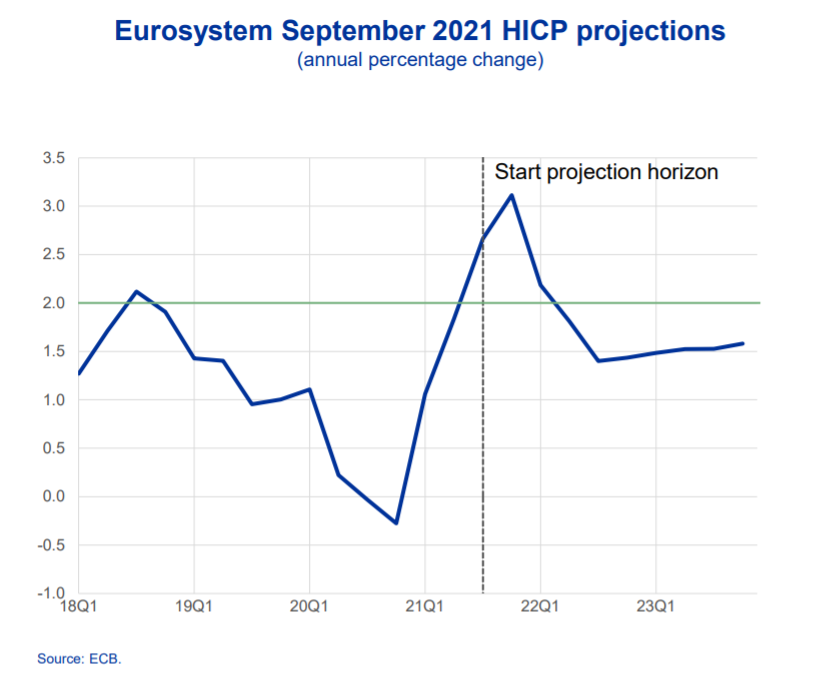 ARE THE HAWKS ON BOARD?

Yes. Even the most hawkish member of the ECB's board, Germany's Isabel Schnabel, subscribes to the view that "in all likelihood, inflation will noticeably decrease as soon as next year".

This is a far cry from 2011, when the ECB's chief economist Juergen Stark pushed through two rate hikes worth a combined 50 basis points, going against his own staff's projections that inflation would come down.

Back then, Stark emphasised "relating to further increases in energy and commodity prices" while Trichet refused https://www.reuters.com/article/ecb-trichet-idUSLDE70M0GT20110123 to place greater emphasis on core inflation, which painted a more benign picture.

In contrast, Schnabel said this week "a premature monetary policy tightening in response to a temporary rise in inflation would choke the recovery", while ECB President Christine Lagarde underlined sluggish core prices.

Robert Holzmann, Austria's central bank chief, appears to have the most radical view, arguing that price pressures could prove more persistent than currently thought, so that the ECB might tighten policy earlier than expected. 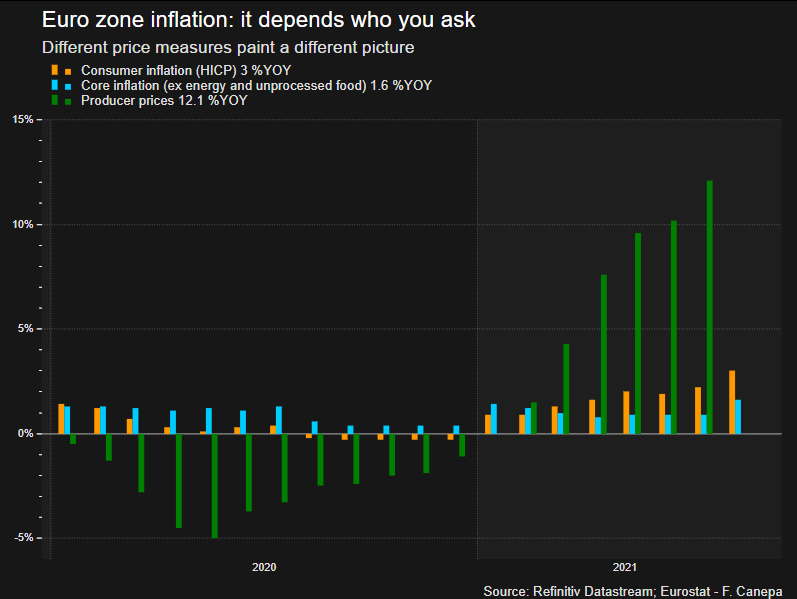 WHAT IF THEY ARE WRONG?

The ECB has a dismal track record at predicting inflation, having mostly overestimated price pressures in the last decade after underestimating them between 2009 and 2011.

Its economic models, like others, extrapolate the future from the past, meaning that a decade of too-low inflation might lead them to predict that prices will continue to tread water.

This is why central bankers are on the lookout for any sign that the sudden spike in prices is feeding through to wages and to the expectations of consumers and businesses, potentially initiating an inflationary spiral - in effect, anything that undermines the "hump" story. 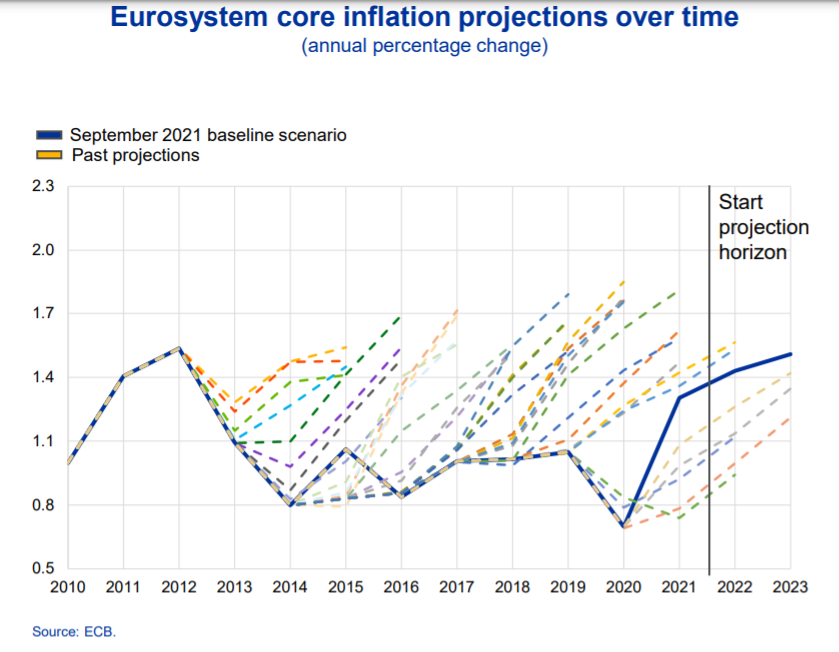 So far, there is no conclusive evidence this is happening.

On the one hand, German consumers expect inflation to be 3.6% over the next 12 months, the highest level since the Bundesbank poll started its poll https://www.bundesbank.de/en/bundesbank/research/survey-on-consumer-expectations in 2019.

And there are widespread reports of staff shortages, particularly for restaurants and bars.

On the other, consumers appear reluctant to spend all the savings they accumulated during the COVID-19 lockdowns and wage growth has been modest.

German unions' opening gambit for a 5% increase in regional government workers' pay is less than the 6% demanded in the previous round in 2019 - and final German pay awards are typically well short of the initial claim.

Eurostat data on Wednesday showed wages across the euro zone actually fell by 0.4 percent in the second quarter following a rise of 2.1% in Q1.

This uncertainty is why the ECB has pushed any decision about the future of its stimulus programme to December.

"We will be very attentive to the autumn negotiations that are typically taking place in some countries," Lagarde said last week. "But at this point in time, we don't expect these wage increases ... to be very strong." 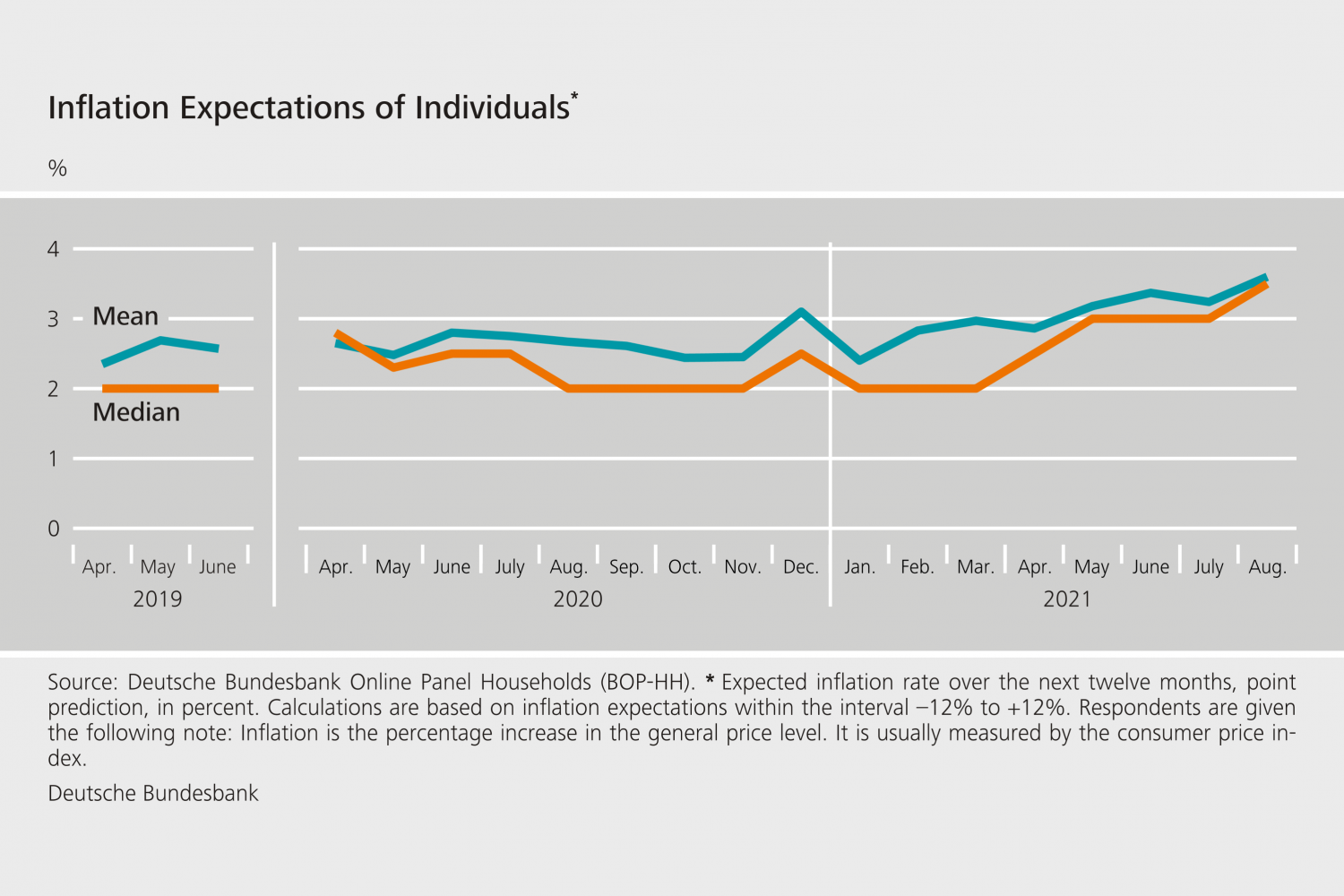